What Exactly Is A Caffeine Pill Anyway?

First, I think it's important to be on the same page with everyone as to what exactly a "caffeine pill" even is. A caffeine pill is simply that, a capsule or tablet that has a specific amount of caffeine (usually caffeine anhydrous) compressed into the pill form for you to swallow directly. For those of us who have tried caffeine pills though, we all seem to have different experiences. I believe the main reason for those different experiences is whether or not you knew how much caffeine was in the capsule or tablet and what that could tangibly do for you. If you're someone like me who knows their caffeine tolerance in milligrams, you can make educated purchases on caffeine products. If you're someone who just "wants energy" and takes a product at face value, well, you're gonna have a bad time. 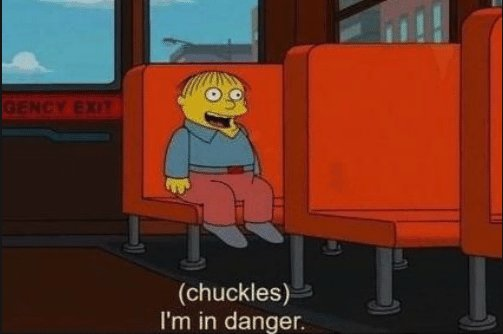 Ok, now that we're all on the same page as to what we mean when we say caffeine pill, let's look at what we're comparing it against in this article. First up is the ever popular coffee. Honestly man's best friend, coffee has been around forever and most likely will be around forever. After coffee is energy drinks. Energy drinks are somewhat new but I'm pretty confident humans have been making weird cocktails for ages trying to be more energized. Finally, we have pre-workout. Honestly, it's a little weird that pre-workouts even need to be considered here as most of us are smart enough to only use that for working out, but you would be surprised.

The Top 3 Reasons Caffeine Pills Are The Best Caffeine Source

Without delaying any further, here are the top 3 reasons caffeine pills are the best caffeine source.

1. You Know Exactly How Much Caffeine You're Getting

This is my biggest point against coffee when it comes to comparing caffeine sources. With coffee, you have to consider the type of roast you're drinking (lighter roast coffee has more caffeine than darker roast) along with what kind of coffee bean it is and how they prepared it. With caffeine pills, it says right on the label how much caffeine is in the pill and how many servings it takes to get that. Knowing how much caffeine affects you in what way is a point I made in the first paragraph. By taking a caffeine pill for energy, you understand exactly how much caffeine affects you so you can understand what your tolerance level is. This is critical to know because when you know the milligram amount of caffeine you can handle, you can make educated decisions for how much you consume and at what time.

Now you might be thinking, "Stephen, energy drinks and pre-workouts also tell you how much caffeine is in them!". Ok, fair point. Most energy drinks and pre-workouts will tell you but some also have what's called a proprietary label. This monstrosity of a feature is when a label will tell you what's in the product but not the individual amount (as shown here)

This is mostly in pre-workouts, but some energy drinks have something like that too. With energy drinks you also have to finish the can to get the full amount Energy drinks will also include things like taurine, guarana and other ingredients that could affect your energy levels so you never really know.

2. Caffeine Pills Don't Have Any Fillers

The sole purpose of a caffeine pill is....wait for it...to deliver caffeine as fast as possible. Other than snorting caffeine powder straight into your frontal cortex (please don't do that), caffeine pills are the straight shot to your nervous system. The body doesn't have to dissect or filter through anything else, just caffeine (and the capsule holding it together). With coffee, the caffeine is delivered through the coffee bean which gets filtered even more with water. For energy drinks, have you ever looked at the ingredient list on those bad boys? They're a paragraph long! They also have ingredients to keep the cans shelf stable and mask the bitter taste of the ingredients. Energy drinks also have a flavor, which means sweeteners are involved. If you're someone who's fasting or trying to stick to a low/no sugar (or carbs as sugar = carbs) you'll have to really consider that. Why stress yourself out thinking if the ingredients will negatively affect you when you can know exactly what you're getting with caffeine pills?

3. They're The Cheapest While Being The Most Effective!

Who doesn't like saving money? Well, with caffeine pills you can save money and get the most bang for your buck. Most caffeine bottles have capsules inside with a price point around $10-$20. For example sake, lets take the $20 bottle and divide by the 30 servings. Each serving comes out to approximately .67 cents a serving. If you can find coffee or an energy drink for that price, I would say you're a time traveler because energy drinks didn't exist until recently-ish and coffee hasn't been that cheap since the early 90's. 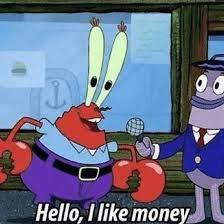 Obviously as a company who sells caffeine pills, we're pretty biased. We believe caffeine pills are a very serious option for people wanting to get energy and get more done. We also know caffeine pills don't have to be shady, which is why we're so proud with how Cumulus is. The fact of the matter is that we still drink coffee from time to time. It's a cultural and habit thing more so than it is about the energy. When it comes time for needing something that's effective though, you know we'll be reaching for Cumulus : )